June 4, 2018 - The planned summit between Kim Jong-un and U.S. President Donald Trump is sharpening focus on the dividends North Korea could enjoy as part of one of the world’s most dynamic economic regions.

North Korea may have fired missile from submarine

China to show off most powerful nuclear missile

Kim may travel by train to Vietnam for summit with Trump

Why Vietnam for the second Trump-Kim summit?

Trump and Kim to meet in Vietnam for second summit 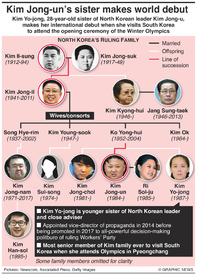 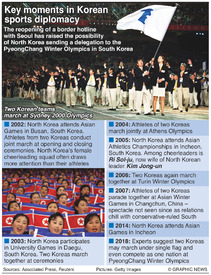 Should real progress be made, South Korean President Moon Jae-in’s plan involves the development of three economic belts that would link his country’s industrial heartland with the North and then with China and Russia, according to Bloomberg News.

One of the first steps would be reopening rail links and roads between South Korea and the North. Improved infrastructure would pave the way to tap the North’s vast mineral reserves, which could be worth $6 trillion, according to a 2013 estimate by the North Korea Resources Institute in Seoul.