Graphic shows a timeline of previous attacks in Indonesia.

May 14, 2018 - A family of Islamist militants in Indonesia carried an eight-year-old into a suicide bomb attack against police in Surabaya, a day after another militant family killed 13 people in suicide attacks on three churches in the same city.

Indonesia, the world’s most populous Muslim-majority country,
has seen a recent resurgence in homegrown militancy, and the recent attacks in Surabaya have raised concerns about the potency of jihadist networks.

The attacks are the deadliest in Indonesia linked to Islamic State and the worst since October 2005, when three suicide bombers blew themselves up in Bali restaurants killing 20.

Police suspected Sunday’s attacks on the churches were carried out by a cell of the Islamic State-inspired group Jemaah Ansharut Daulah (JAD), an umbrella organisation on a U.S. State Department terrorist list that is reckoned to have drawn hundreds Indonesian sympathizers of Islamic State. 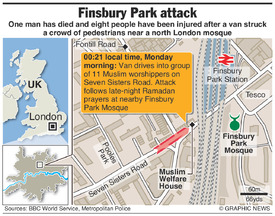