April 5, 2018 - April 8, 2018 - The 82nd U.S. Masters Tournament takes place at Augusta National Golf Club in Augusta, Georgia. Sergio Garcia is returning to defend his title after last year’s dramatic play-off victory over Justin Rose, while Rory McIlroy will be again vying for a career Grand Slam. After a long absence from the game due to a series of back problems, four-time Masters winner Tiger Woods is also preparing to play at Augusta for the first time since 2015. 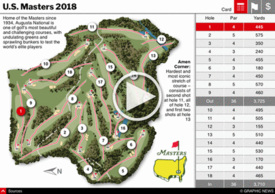 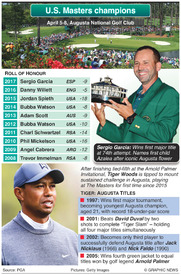 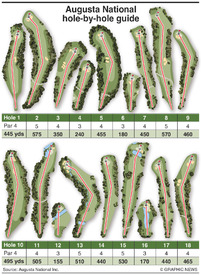