January 20, 2017 - The Republican president-elect Donald Trump portrays himself as a saviour of the working class, but analysis has found he has been involved in more than 3,500 lawsuits with suppliers over the past three decades, and has filed for corporate bankruptcy four times. 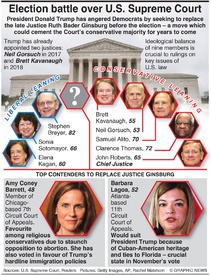 When the dust finally cleared from his third corporate bankruptcy in 2005, those who had backed Trump found that $100 invested in his stock in 1995 was now worth just $10 while it had grown to $250 on the rest of the stock market. In fact, investors in luxury hotel, casino and resort companies like Starwood and MGM earned returns of more than 400%.