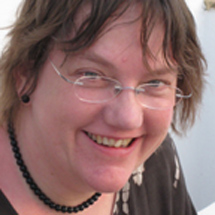 Fiona founded Graphic News with Duncan Mil in 1991 to "do the paperwork" so that Duncan Mil and the other artists could focus on producing the best possible infographics. Today she still focuses on infostructure support and strategic planning.Starting her career as a PhD-level research scientist in University and Industry in the 1970s, Fiona went on to manage the research interface between university and the Pharmaceutical industry, specialising in intellectual property transfer and licensing. Her empathy with creative people and small start-up businesses stood her in good stead when she met Duncan Mil.

As Duncan's partner she was responsible for the early introduction of computers to Graphic News, first the Osborne portable in 1982 (to make invoicing less of a chore) and then Macs (not for producing graphics initially, but as an alternative to using a typesetting agency).

The Falklands War, in 1982, demonstrated both the business potential of graphics - Duncan’s Falklands War series being published worldwide - but also the difficulties. Not a penny was received because of the inability to deliver electronically and be paid cost-effectively.

By 1990, these obstacles were overcome with the introduction of Adobe Illustrator to draw, PressLink to deliver, plus electronic payment methods. So when Duncan wanted to start his own Graphic News Service in 1991, Fiona provided the administrative infra-structure so that the artists could focus on producing the best service possible for subscribing media publishers, and without being weighed down by administrative chores.

By 2007, the technology roller coaster had moved on and Fiona jump-started the digital revolution at Graphic News with the introduction of interactives, even though few publishers had the technology to use such a product.

In 2015, the need for all graphics to be readable on mobile phones was recognized. To do this they needed to respond to screen size rather than simply scale to fit a smaller screen (with the text becoming unreadably small). Within 6 months, all graphics produced by Graphic News were available in responsive formats.

By 2017, a review of the business model highlighted the need for a new website to allow more flexible sales and marketing options, and to give greater visibility online. The new website was launched late 2019
INDEX
COMPANY
THE TEAM