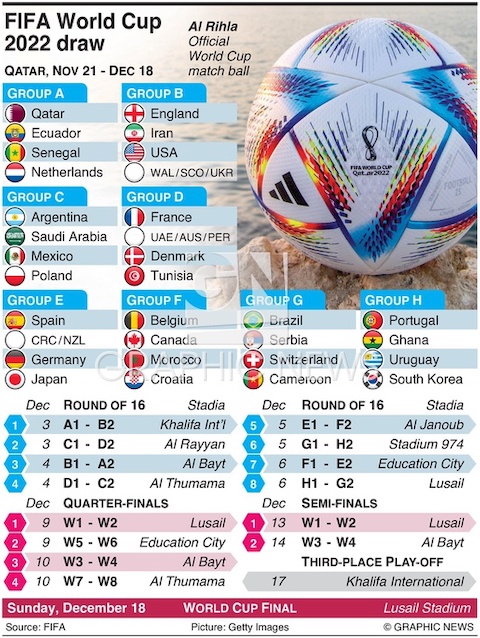 November 21 – December 18, 2022 -- The draw for the FIFA World Cup 2022 sees host nation Qatar open the tournament against Ecuador at Al Khor’s Al Bayt Stadium on November 21, while reigning champions France begin their campaign against the winners of play-offs between UAE, Australia and Peru on November 22. But who will make it to the final at the Lusail Stadium on December 18?

PUBLISHERS: Enrich your coverage of the world’s biggest sporting event with dynamic, mobile-friendly infographics and stunning artwork from Graphic News. Sportlive widgets include interactivity and live results so your online visitors can follow the action as it happens, wherever they are. Graphics available separately or as a package.
CONTACT US FOR PACKAGE OR SPECIAL RATES

*A small additional fee may apply.