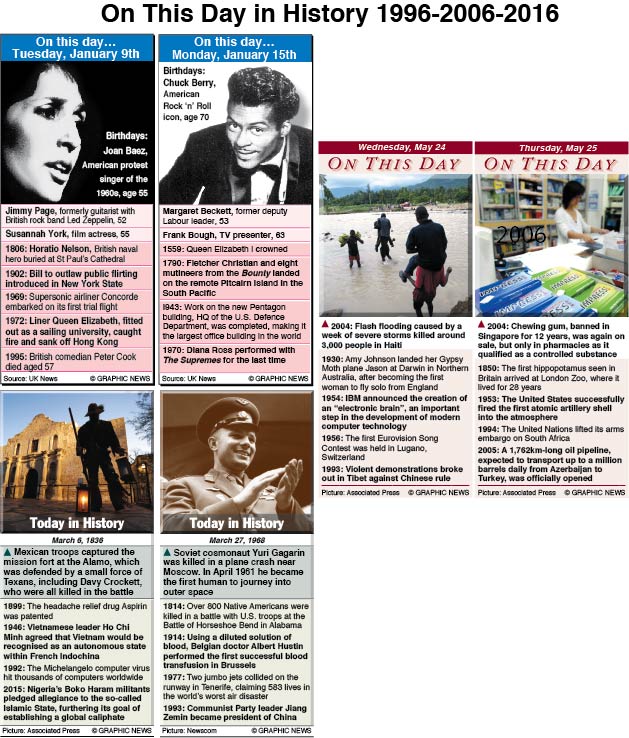 THE LONGEST RUNNING SERIES OF GRAPHICS

For over 20 years, Graphic News has produced a daily infographic showing events and anniversaries on this day in history.The series started accidentally in January 1996, on one of those mornings where there didn’t seem to be any news story amenable to a graphic. At that time Graphic News was working with an agency, UK News, (producing a service for UK regional titles in competition to the Press Association). A feature was spotted on the UK News wire called On This Day. This was a simple text listing of birthdays and events for that day. A graphic version of this feature was prepared (shown on the top left).

The response was immediate! Within hours, editors were phoning up to ask if the graphic was going to be a regular feature. Since then the series for print has continued without interruption.

Over the years, the style has changed as shown. The colours used in 1996 seem strange today. At that time, colour presses were still very new and vibration when printing at speed for newspapers meant the CMYK plates were often slightly out of sync. This produced a halo around an object if it’s colour was produced by dots on the different plates. Using pure magenta or cyan avoided this.