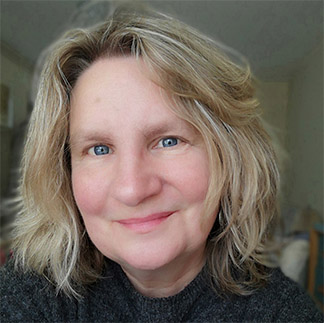 Editor and proofreader Susan joined Graphic News as a freelance contributor in 2006, writing show business profiles and occasional features. She currently proofreads part-time, providing regular Friday and holiday cover, and sourcing items for the daily On This Day infographics – an historic series that has run continuously since 1996.

A graduate of the University of Hull, Susan began her career in journalism as a cub reporter on Westminster Press's Northumberland Gazette where she gained her National Council for the Training of Journalists (NCTJ) Proficiency Test. There followed three years on regional dailies with United Newspapers before, in 1990, she joined the BBC as a staff reporter in local radio. Her 15 years with the Corporation included an attachment to the World Service, at Bush House, London, as an announcer.

In 2005, with three young children, she went freelance and fulfilled a dream by opening a seaside bookshop on Scotland’s east coast. She is part-way through a Masters in Creative Writing with the Open University, and in 2019 published her first poetry collection.