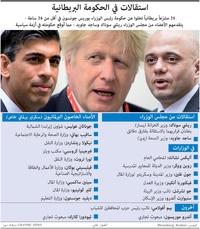 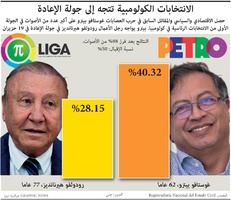 Also known as “the ’22”, the committee of all backbench Conservative MPs meets weekly when the House of Commons is sitting.

Johnson secured a landslide general election victory in 2019. Still, the prime minister’s admission that he attended a Downing Street garden party during England’s first national coronavirus lockdown comes on top of a series of scandals over pandemic rule breaches, lobbying, and the funding for his refurbished flat.

Nine Conservative MPs have publicly called for Johnson to go, while 54 letters of no confidence are needed to oust the PM. The letters are confidential, so the 1922 Committee chairman Sir Graham Brady is the only person who knows how many are submitted.

The committee takes its name from a meeting of Conservative MPs on October 19, 1922. The MPs successfully ended the party’s coalition with the Liberals, bringing down the government of David Lloyd George. The Tories won the resulting general election.

If Brady calls for a confidence ballot, all Tory MPs can vote for or against Johnson.

In October 2003, the party dumped Iain Duncan Smith as leader after losing a confidence vote by 75 votes to 90. In December 2018, Prime Minister Theresa May won a vote of confidence in her leadership by 200 to 117.