January 27, 2020 - Auschwitz-Birkenau is the most infamous of all Nazi concentration and extermination camps, and its victims are commemorated on January 27 -- Holocaust Memorial Day -- the date of its liberation by Soviet troops in 1945. 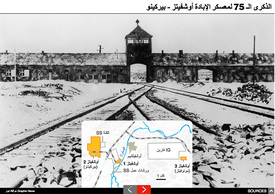 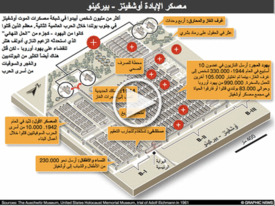 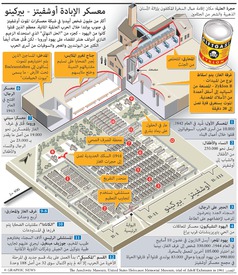 Built between 1940-42 by occupying Nazi forces near the town of Oswiecim in southern Poland, Auschwitz became the centrepiece of Adolf Hitler’s so-called Generalplan Ost or Master Plan East.

Hitler directed SS chief Heinrich Himmler to develop a strategy to replace the populations of Eastern Europe with people of purely “Aryan” blood. Most of the Slavic and Baltic populations, including approximately six million Jews living in Eastern Europe, were to be exterminated.

Auschwitz was a network of camps, combining mass-killing by hunger and physical exhaustion with extermination on an industrial scale. In late summer 1941, the Nazis began experimenting with a new killing method -- a crystalline hydrogen cyanide gas called Zyklon B. Increasingly larger poison gas chambers were constructed at the camp as the war progressed.

Arrival in the camp started with a selection process -- Nazi physicians quickly assessed whether each person was healthy enough to be used as slave labour or sent to the gas chambers. After death, prisoners removed hair, gold teeth and fillings from the corpses, before incinerating the bodies in ovens in an adjacent furnace room.