December 6, 2019 - North Korea may be preparing to resume testing engines used to power intercontinental ballistic missiles (ICBMs) at its Sohae Launch Facility, which leader Kim Jong-un had once agreed to dismantle. 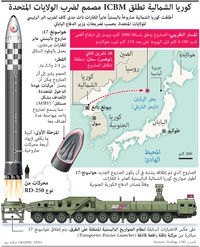 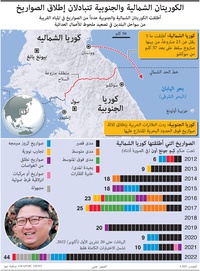 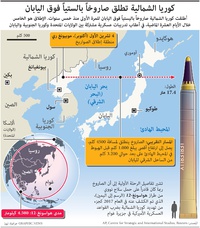 New commercial satellite imagery, captured by Planet Labs on December 5, shows a newly arrived shipping container at the facility, according to Jeffrey Lewis, a specialist in analyzing in satellite imagery at the  California-based Middlebury Institute.

Following the Singapore summit between the North Korean leader and U.S. President Donald Trump in June 2018, Kim agreed to dismantle the Sohae facility. North Korea did dismantle the test stand but reassembled it in March 2019, according to Lewis.

Pyongyang and Washington have been attempting to negotiate a deal that would see Kim give up the country’s nuclear weapons and the ballistic missiles in exchange for relief from U.S. and United Nations economic and financial sanctions that have crippled the North Korean economy.

North Korea detonated the first of six nuclear devices in 2006. It successfully test-fired its Hwasong-14 (KN-20) ICBM that could potentially hit the U.S. mainland for the first time on July 4, 2017 -- America’s Independence Day.

Kim has warned the U.S. it has until the end of the year to offer more concessions or North Korea will pursue an unspecified “new path,” possibly a resumption of ICBM launches or nuclear tests.

On Tuesday, Trump revived the war of words with Kim by referring to him again as the “Rocket Man” at the NATO conference in London. Trump’s comment drew a contemptuous response from a government official in Pyongyang who described Trump as a “dotard.”