May 23, 2019 - May 26, 2019 - Voters go to the polls to elect a new parliament representing more than 500m people across 28 EU member states. Polls indicate that the dominant centrist groups will lose their 40-year majority of seats as Eurosceptic parties gain ground.

The signs are that the centre-left Alliance of Socialists and Democrats (S&D) and the centre-right European People’s
Party (EPP) will lose their combined majority and will need the support of other groups (most probably Liberals and Greens) to form a majority coalition.

Eurosceptic and anti-immigration parties look set to make the greatest gains. Some of these parties intend to form a new group, the European Alliance of Peoples and Nations, after the election.

French President Emmanuel Macron will be looking for a show of strength for his La République En Marche (LREM) to buttress his reform agenda after months struggling with the Yellow Vests protests.

With Brexit delayed amidst gridlock and indecision in the UK Parliament, the British electorate will have a chance to weigh in at the ballot box for the first time in two years.

Whatever the outcome, the European Parliament will play a big role in shaping the EU’s next five years, as the bloc grapples with faltering economic growth, climate change, indebted banks, migration, the rise of China, an erratic U.S. president, and of course Brexit. 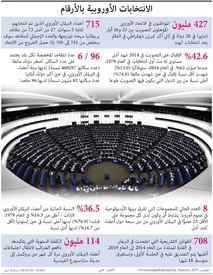 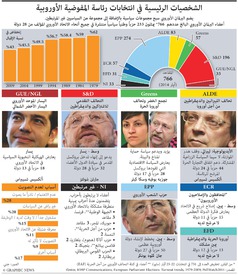