April 28, 2019 - Over 35,000 elite, club, and fun runners are expected to participate in the 39th London Marathon, which starts from Blackheath in Greenwich and finishes on the Mall in front of Buckingham Palace. 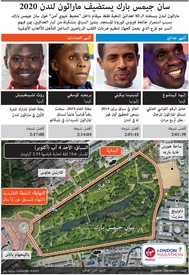