March 18, 2019 - On March 18, 2014, Russian President Vladimir Putin signed a law incorporating Crimea into Russia, stunning the international community and ending the independence of the Crimean Republic, which was transferred to Ukraine by Soviet leader Nikita Khrushchev in 1954.

When Russia seized Crimea, it acquired not just the Crimean landmass but also a massive tract of Ukraine’s Exclusive Economic Zone (EEZ) -- an area with rights to underwater resources potentially worth trillions of dollars. The move extended Russia’s maritime boundaries, quietly giving Russia dominion over vast oil and gas reserves.

Russia did so under an international accord that gives nations sovereignty over areas up to 200 nautical miles (370km) from their shorelines, totally upending Ukraine’s hopes for energy independence.

The Kremlin quickly appropriated Chornomornaftogaz, the Skifska and Foroska gas fields and Prykerchenske oil field -- all within Russia’s newly claimed EEZ. Shell and Exxon did exploration work at the Skifska offshore gas field in Crimea, but both pulled out in 2014, shortly before Crimea’s annexation. The two companies had estimated that Skifska holds reserves of 200 to 250 billion cubic metres of natural and condensates. 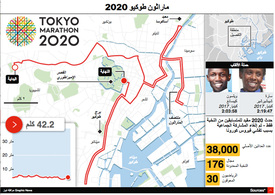