September 16, 2018 - Starting and finishing at the Brandenburg Gate, the Berlin Marathon attracts over 40,000 athletes and more than a million spectators from all over the world. The annual event is part of the World Marathon Majors, and many world records have been set on Berlin’s fast, flat course. 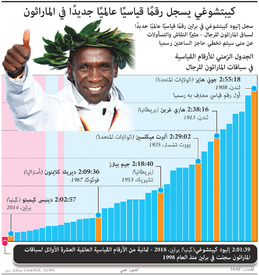 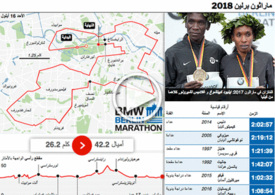 Kenyans Eliud Kipchoge and Wilson Kipsang head the field this year, aiming to eclipse the current world record time of 2:02:57 set by their compatriot Dennis Kimetto in 2014. Both will face tough competition from half-marathon record holder Zersenay Tadese of Eritrea, who is making his Berlin Marathon debut.

Ethiopia’s Tirunesh Dibaba heads the women’s field with a personal best of 2:17:56, which she achieved with a second-place finish in London 2017. Dibaba, the third fastest women’s marathon runner of all time, will target Paula Radcliffe’s 15-year-old world record of 2:15:25, which was also set in London, if conditions are favourable in Berlin. Reigning Berlin champion Gladys Cherono and experienced two-time winner Edna Kiplagat, both from Kenya, will also be competing for medals in Berlin.