News Sport
Graphic shows the profile and route taken by the runners.

April 16, 2018 - The 122nd Boston Marathon takes place, with over 30,000 runners expected to participate. Reigning champions Geoffrey Kirui and Edna Kiplagat will lead the men’s and women’s fields respectively in this year’s edition of the world’s oldest annual marathon. 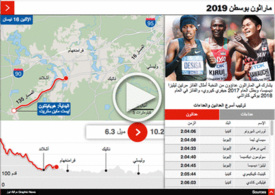 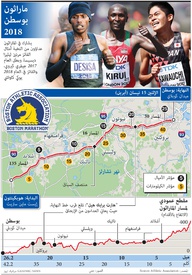 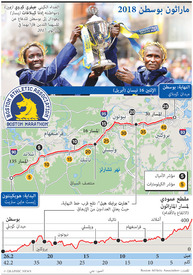 Boston is the second World Marathon Major of 2018, after Tokyo in February, where Kenya’s Dickson Chumba and Birhane Dibaba of Ethiopia won the men’s and women’s races.

The Boston Marathon started in 1897 with 15 runners. It is held annually on Patriots’ Day, which commemorates the Battles of Lexington and Concord in 1775 at the start of the U.S. War of Independence from the Great Britain.