Graphics show birthdays and anniversaries on each day for the week.
GN35508
EN AR ES

July 23, 2017 - July 29, 2017 - This week features the first fatality caused by doping in the Tour de France, the world’s largest reflecting telescope in La Palma, the European Coal and Steel Community which was the forerunner to the European Union, the circumnavigation of the earth by Solar Impulse 2, the swimming records of Michael Phelps, renaming Bombay, India as Mumbai, and the Spanish Armada sent by Spain to invade England. 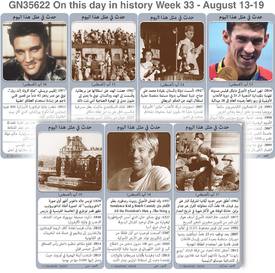 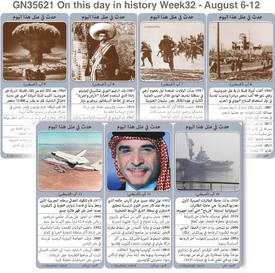 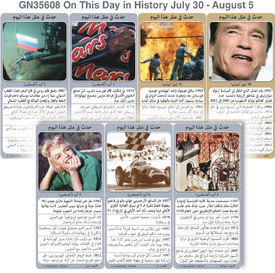 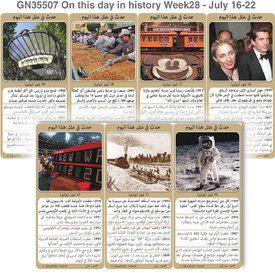 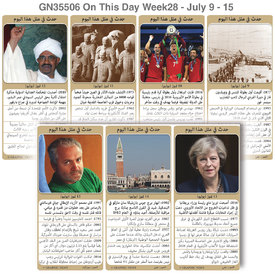 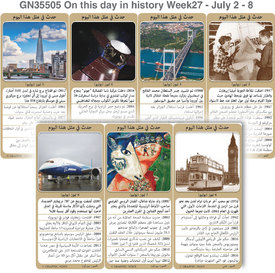 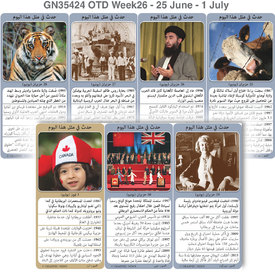