June 1, 2017 - June 18, 2017 - The eighth edition of the ICC Champions Trophy cricket tournament takes place, with 8 teams competing to be crowned champions. Favourites England are hoping to win their first title, under the captaincy of Eoin Morgan, having lost the 2013 final to India by just five runs. The final will be contested at The Oval in London on June 18. 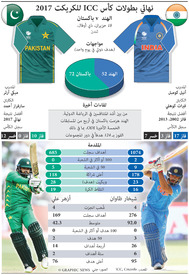